Yoon Jae has circumcision. It is supposed to be a secret, but the whole town knows, including Shi Won. Shi Won accidentally hands him a pad as she helps him search for his things. This scene shows how they are physically developing into adults. But the changes are gradual, and they still fight like children. Shi Won lies at school about her homework, and Yoon Jae does not help her out with the lie. So she is punished, and she is angry with him. They have a fight, and accidentally Yoon Jae touches her too intimately. The incident makes Yoon Jae see Shi Won as a woman. Yoon Jae unfortunately realizes that although he has become a man, Shi Won has not become a woman yet.Yoo Jung secretly falls in love with a member of an idol group that is the rival of H.O.T. called Sechs Kies. Shi Won considers this betrayal, and it angers her. This causes a rift in their friendship. 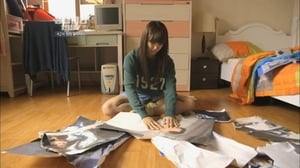