The Thread Of Fate

Yoon Jae finally reveals to his classmates that their math teacher was his brother. They are shocked and had no clue because the teacher had been using a false last name. Shi Won’s father warns Yoon Jae to meet a sweet woman or he will end up just like him. Shi Won’s mother ended up with her husband because of a misunderstanding. But couples end up as fate would have them. Yoon Jae gives the dog to Joon Hee, who gives the dog to a child in the park. But the dog ends up in Shi Won’s house as originally planned. Tae Woong starts up an online site where people can find their old classmates and becomes very successful. He asks Shi Won to date him and buys her a phone. Yoon Jae tells Shi Won to stop behaving childishly when she hugs him. He is trying distancing himself from her. 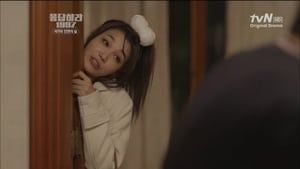